How to Measure Angular Motion with a Gyroscope

Measuring angular motion can be important in a wide variety of applications, including sports biomechanics and astronomy. In this blog post, I'll go over how to define rotation and what's needed to calculate angular velocity. I’ll then walk you through how to measure rotation and what’s required (including formulas) to calculate angular velocity with an accelerometer. There are a variety of accelerometers and DAQ systems that can help measure both orientation and acceleration, but for this post I’ll be using one of my company’s enDAQ sensors, as it comes equipped with in-built gyroscopes and accelerometers.

In order to define rotation (and by extension angular velocity and acceleration) it is first necessary to define some terms:

A vector basis is a set of non-coplanar vectors that are used to define orientation. Vector bases may have additional properties such as:

An example of a 3D orthonormal vector basis is the

unit vectors that form a basis in

A reference frame is an infinite set of non-collinear points where the distance between any two points is constant. Once again, the term constant implies a sense of time. Reference frames define both position and orientation. A convenient way to define a reference frame N is using a point and an orthonormal vector basis fixed in N. Reference frames can be Newtonian or non-Newtonian:

). There are several ways to define the orientation of B in W.

Conversion between these forms can be accomplished using the formulas found in this NASA Technical Brief [2].

A quaternion is a hypercomplex number of the form

For the purposes of this document, quaternions will be expressed in bold font. A more convenient way to express (1) is as the sum of a scalar and a vector

There are several properties and definitions of quaternions that will be relevant to this analysis.

As mentioned previously, quaternions are a convenient way to express Euler parameters (

rotations). This can be done by re-writing (3) as the unit quaternion

is a vector in the body basis B.

can be expressed as the pure quaternion

, expressed with the unit quaternion q as defined in (4). Transforming

into the world frame W can be done using

This operation is known as a frame rotation, because the reference frame is rotating and the vector itself is unchanged. A proof for this relation can be found in [3].

rotations, it is tempting to express the angular velocity of the rotating frame as

however, this is only valid if

remains fixed in both frames! If

is changing, the angular velocity is

the proof of which can be found in [4]. Since

is a vector, it must be differentiated in a reference frame (or vector basis). It turns out that the time derivative of

is the same in both the world frame and body basis. Using (4), (7) can be written as

. This equation can be proven a number of different ways [1][3]. When solving (9) numerically, the real part of

may be nonzero, however this can be ignored to a reasonable approximation.

It should be noted that the world reference frame is a non-Newtonian reference frame due to the rotation of the earth. This effect may or may not be relevant to your measurements, depending on the application and length of data acquisition.

enDAQ sensors feature an IMU unit that outputs orientation in the form of an array of quaternions. These quaternions provide the enDAQ sensor vector basis D (defined in Figure 1) in one of two possible reference bases at each data acquisition point.

The two possible reference bases are related to how the orientation is calculated by the IMU:

More detail on the advantages and disadvantages of these two systems can be found in this enDAQ blog post: Quaternions for Orientation. 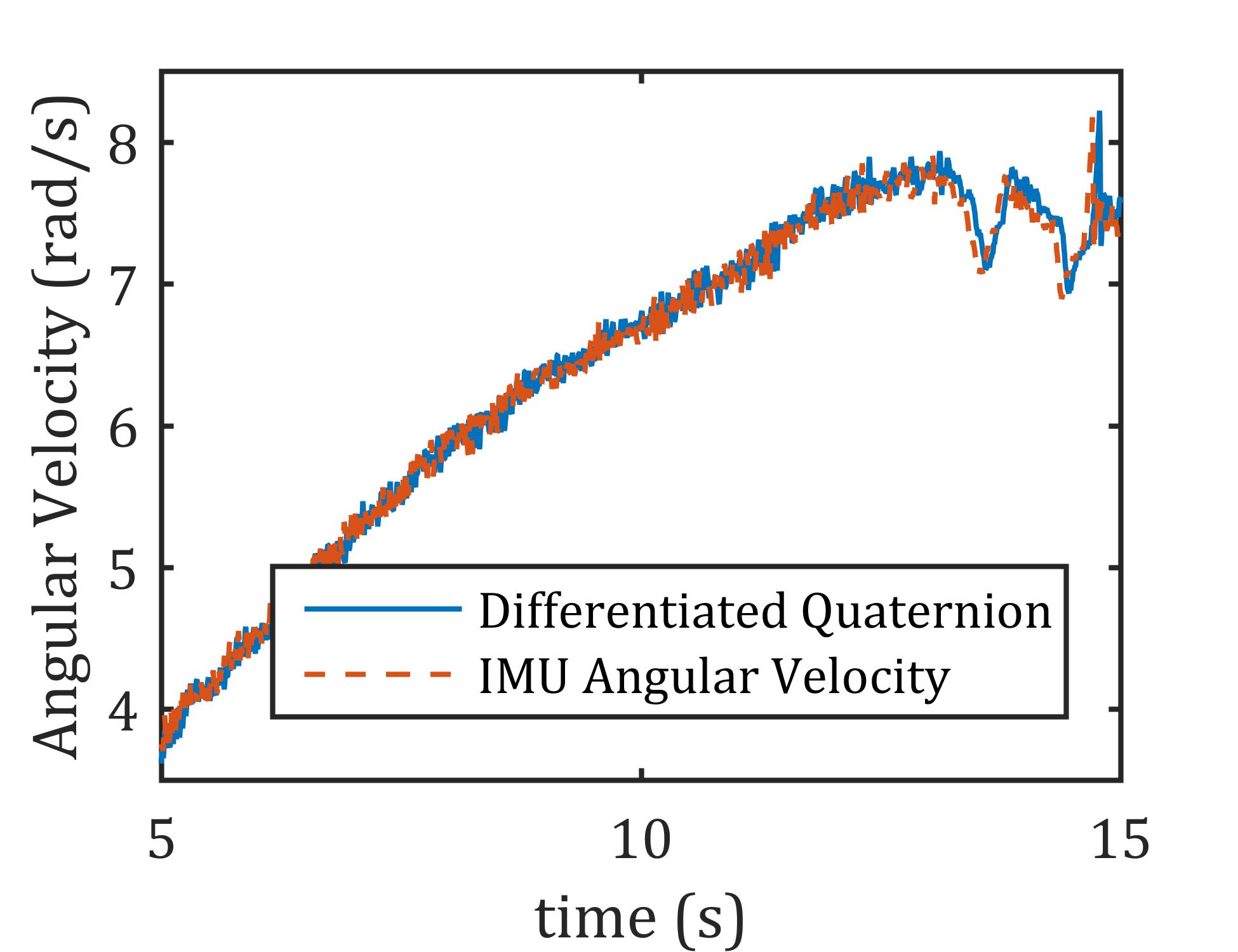 Figure 2. Angular velocity calculated by differentiating the quaternion and pulled directly from the IMU

Acquiring Angular Velocity and Acceleration from an enDAQ Sensor IMU

So that is your overview of angular motion and how to use an enDAQ sensor to measure rotation and angular velocity. I hope you found it helpful. For more content like this, don't forget to subscribe to our blog and if you have any questions, don't hesitate to leave a comment below or contact us directly.